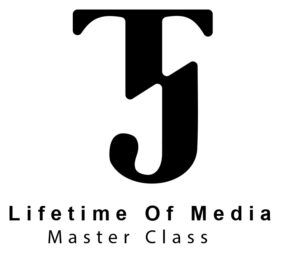 This 2-Day Event Will Give You A Lifetime Of UNLIMITED Media Exposure!

ENROLL IN THE LIFETIME OF MEDIA VIRTUAL Masterclass

Watch This Video First! (Audio On!) 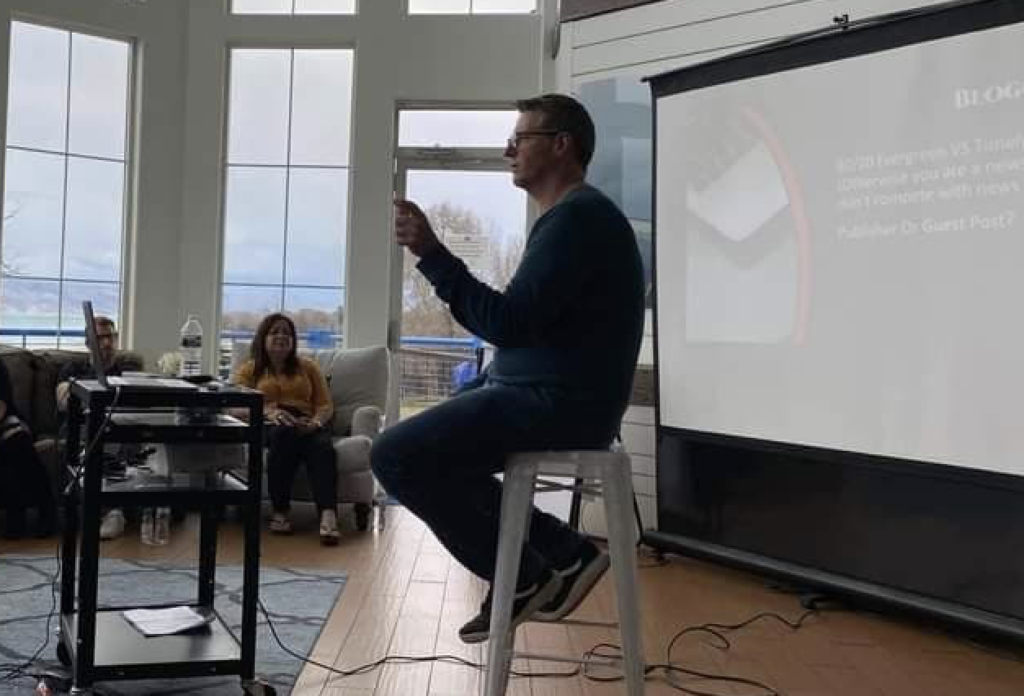 This 2-day event will teach you how to get millions of dollars in national media for FREE! Quadruple or 10x your business the day after you complete the class!

Thanks for subscribing! Please check your email for further instructions.

Discover The Secret Process To A Lifetime Of Media

This Masterclass will teach you the EXACT step-by-step process Troy Dunn Created To Secure over FIVE HUNDRED National TV appearances AND THREE of his own PRIMETIME TV SHOWS!

What You Will Learn

Learn The Remora Technique- a Proprietary Tool That Can Create Hundreds Of Media Appearances Every Year!

Master the little known GBA Strategy- this single technique is the most frequently used media strategy of the major TV, film and sports stars in the world!

Discover the Power Plug- THIS IS THE TOOL that converts a media appearance into MONEY!

Interview Training! There is a very specific strategy for hijacking your own media appearances and converting them into business builders! This secret process is 100% effective in converting any interview into sales, traffic and revenue!

The Who How! This section of the Masterclass will give you the #1 most effective source and strategy for reaching the major media contacts at ALL media outlets worldwide...AND ITS FREE!

Tier THREE! Here is where your new media expertise will convert your book into a best-seller, make your podcast a huge hit and get you speaking engagements around the world!

Your Own TV Series! If you are interested in starring in your own tv series, let the man who starred in THREE teach you step by step how to make that idea a reality!

The unpublished three. There are three top secret strategies that we never publish and are ONLY revealed during the private masterclass- each of them capable of driving a million dollars in revenue

What Media Will Do For You

There are thousands of coaches, experts, and authors in the world. All of them competing for the same target audience. Each of them trying to separate themselves from the pack. That's a TALL ORDER!

The options are limited. IF you have a significant amount of cash to spend (burn!) you can pour buckets of money into advertising and marketing, and pray it finds some of your target audience.

Even under the best-case scenario, this is a short-term fix and all-too-often a massive loss of money. There really isn’t another option….unless you have the systems taught.

the lifetime of media Virtual Masterclass is for you if...

You desire to change the world but need the world to know you exist!

You need that next level credibility that being a recognized expert in the media has.

You want to get this powerful media generation system FAST rather than slowly over time.

You don’t have the time to travel to one of Troy’s private, in-person Mastermind Retreats, and pay four times as much.

If Any Of These Points Resonate With You Then...

... The Lifetime of Media Virtual Masterclass Is The Solution You Need!

Troy Dunn has been a national media personality for over 25 years, but it all began with a little entrepreneurial start-up with a friend.

One lucky invitation to appear on a national talk show changed everything for them and their new little business. That single appearance triggered over 12,000 calls into their answering service, which then became tens of thousands of dollars in immediate revenue to this start-up!

Wanting to replicate that result, Troy set out to crack the media code. It took a lot of time, trial, and error, but he finally figured out EXACTLY what he could do to generate as much national media as he needed, whenever he wanted!

Troy went on to make over 500 national TV appearances, starred in three hit primetime tv shows, and their little business suddenly wasn’t so little anymore! In fact, thanks to Troy's media system, their business had grown so successful; they were acquired by Ancestry.com!

Troy continues to use his personal media generating system, to promote his books and speaking engagements, and most importantly, carry on his life’s work of reuniting families, including the launch of a nonprofit foundation, ALL thanks entirely to his media system.

Learn exactly how he does it AND how YOU can easily replicate his system to create as much media and marketing exposure for your brand and business as you can keep up with!

Troy Dunn’s television work spans 3 decades and has reached over 1 billion viewers worldwide! In addition to his three-hit primetime tv series, Troy has also been a frequent guest on virtually every syndicated and network talk show in the United States…multiple times! 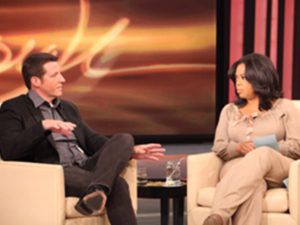 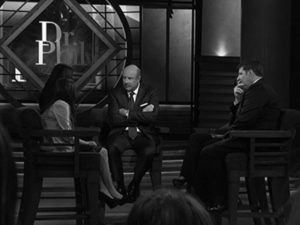 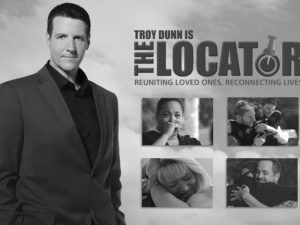 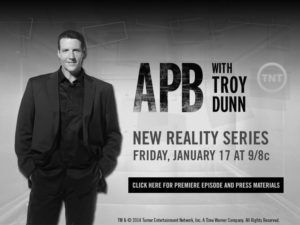 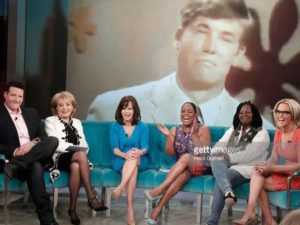 Here's What You'll Learn When You Reserve Your Ticket Today:

Here's what will happen once you enroll in the Lifetime Of Media Masterclass:

You will receive a confirmation of your enrollment as well as instructions on when and how to attend when the class day arrives.

You will receive a Mind Prep document for you to fill out and submit prior to class, which will be reviewed and possibly discussed in some portion of the training. This ensures your class experience is targeted at your wants and needs for your specific business goals.

You will receive information about our private Facebook and how you can join it.

Where will this virtual masterclass be hosted?

This event will be 100% online via Zoom, so you can join from anywhere in the world!

Troy will be teaching you via a live broadcast and will make sure you have everything you need before the virtual event starts.

All you'll need is a computer and an internet connection and you'll be good to go!

What will happen when I enroll?

Right after you enter your payment details, you will be directed to register for the virtual event.

You will then receive the link as well as a welcome email with reminders of when the virtual event will take place.

Can I attend using my phone?

You will be able to join the live broadcasts with your phone. For the best experience, we recommend that you use a desktop computer.

Will there be a replay of the virtual masterclass?

Yes! We will be putting the recordings in a membership site which you will get access to.

Will I get a chance to speak with Troy?

Yes! Troy will be doing live Q&A on both days of the virtual event.

I am not sure me or my business is “media-friendly”. Is this class only for certain types of people and businesses?

Heck No! The Lifetime Of Media system is for ALL people and businesses. It is a proven process that can be worked for any type of business and any type of individual.

Whether you consider yourself an extrovert or an introvert, the Lifetime Of Media process will fit you like a glove!

Will this masterclass only cover TV media exposure?

Again, heck no! The Lifetime Of Media includes TV, Radio, Magazine, Podcast, Blog, Social Media, Book Writing, and Professional Speaking! You will apply this secret process to whichever category is of interest to you!

Is the system something complicated, time-consuming or going to cost money to implement?

No, no, and no! The Lifetime Of Media process Troy will be teaching you is something you will be able to start using the very next day!

And it is is something you will be able to teach to anyone on your team or staff or even have one of your kids do it for you! It has taken Troy almost 30 years to get the Lifetime Of Media system to the simple solution it is now.

If you are like the others he has taught the process to, you may actually have FUN booking all of that powerful media exposure for you and your business!

Is this REALLY the way Troy and his businesses got on over 500 national tv appearances and made millions of dollars in revenue while changing tens of thousands of lives?

Yes! It is not only the same process he built his entire media career around, he is still using it today! He continues to use The Lifetime Of Media process for building the nonprofit foundation he and Jennifer launched, and he is even now doing a documentary film with a VERY big “digital platform”! (You know which one, LOL)

After the Masterclass, if I have additional questions or want to still have guidance, will there be any options for ongoing support?

There is a very private ongoing coaching group that is not open to the public and entry into the group is limited to graduates of the Masterclass ONLY.  More details will be shared at the end of the Masterclass.